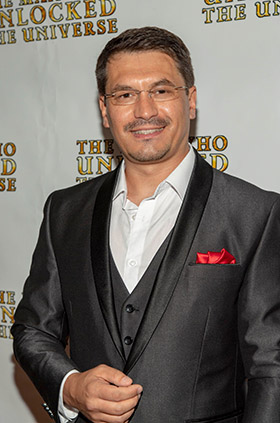 Leonid Andronov is a writer-director, with advertising and theatrical background, living in Los Angeles, California.

In his hometown in Russia Leonid discovered his passion for dramatic art. In 2007 he won the 1st Prize of Eurasia International Dramatist contest with his play Karma of Success. The play was staged in theaters in Russia and Ukraine. Shortly after, Leonid shot his first feature, the first Russian Independent rock’n’roll drama, 29th Kilometer, portraying the hazards of young friendships and dreams of stardom, based on his own experience in a music band. The movie had limited theatrical release.

In 2012 Leonid moved to Los Angeles where he earned his second degree in Filmmaking. In LA Leonid has directed and produced several short films. Stepping Out (2013), directed by Nataliya Padilla, and The Rat (2015), directed by Vasily Chuprina, both produced by Leonid, won numerous awards in the independent festival circle.